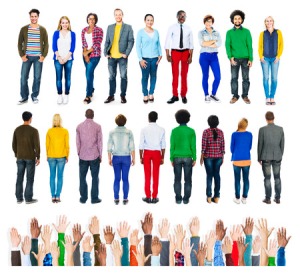 Another important impact of involvement?

I just read ‘How to survive a plague’, an incredible book about the AIDS activists in America – which I’d highly recommend. There was one story that really stood out for me…

After three years’ campaigning and enormous personal investment in developing their understanding of the science and the condition, the AIDS activists had finally won a seat at the table, and were working closely with a big pharmaceutical company running the first successful clinical trial. The new drug was really expensive and difficult to manufacture, so was only available to the small number of trial participants. One of the activists involved in the trial had a partner who was dying of AIDS. He also happened to be quite rich. So he hired a chemist to synthesise the new drug in a backroom laboratory. This chemist went to all the conferences and read all the scientific papers and managed to work out seven of the eight steps involved the drug’s manufacture – but he was stumped on the very last step in the process.

At around this time, the AIDS activist went to one of his regular meetings with the lead pharma researcher working on the trial. The researcher announced there was a problem. The company had worked out they had a spy and were worried about their competitors. The activist fessed up – it was him doing the spying! He just wanted to make enough of the drug to keep his partner alive, just until the treatment became more widely available. He burst into tears as he explained how his chemist was stuck.

What happened next was amazing. The pharma guy gave the activist all the information he needed, so his hired chemist could finish the job! In later interviews, the pharma researcher explained it was the first time he had really understood ‘there were people behind the data’ and the significance of his research for their lives.

This phrase ‘realising there are people behind the data’ is one I keep hearing from researchers when I talk to them about their experiences of involvement. This seems to be a profound and deeply-affecting impact of involvement. Thankfully it doesn’t always have to be as dramatic an experience as the story above. But based on some recent work at Parkinson’s UK, it does seem important that the researchers get to meet patients and carers in person.

This makes me think of examples of involvement where panels of patients and carers are sent research protocols and patient information sheets for comment, but don’t get to actually meet the researchers – it’s just an exchange of documents. While this can no doubt achieve a great deal, it seems to me to limit the impact of involvement to practical outputs – such as better recruitment. By way of contrast, when researchers meet patients and carers face-to-face (especially for the first time), it seems they connect with the real-life significance of their research, which can have a profound impact on their attitudes and values. Although harder to describe, these softer kinds of impacts are extremely important – they might be exactly what’s needed to bring about culture change and a shift in researchers’ thinking.

What then are the lessons for practice? To me it suggests that involvement is as much about the human interaction between researchers and patients/ carers as it is about the task in front of them. It’s about the people as much as the data. So how can we better support the kind of involvement that leads to this more profound and far-reaching change?